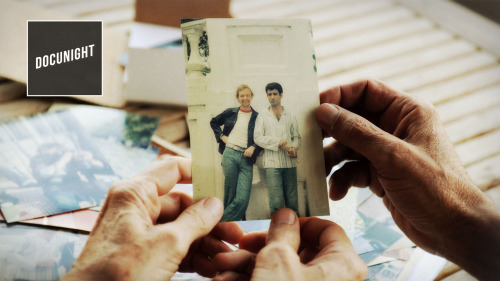 Docunight with collaboration of Persian Cultural Center present: Alex & Ali Directed by Malachi Leopold (2014 / 87min, Persian/English with English subtitles) Wednesday July 6th, 2016 at 7:00 pm Iranian- American Center 6790 Top Gun St. #7, San Diego, CA 92121 Info:858-552-9355 Get Tickets: https://www.eventbrite.com/e/docunight-28-san-diego-alex-ali-tickets-26111536308 This feature documentary tells the epic love story of an American and an Iranian gay couple. Alex, a former Peace Corps volunteer, spent a decade living in Iran (1967 - 1977). While there, he met and fell in love with Ali, an Iranian whom Alex considers his soul mate. When the Islamic revolution erupted in the late 70's, Alex was forced to leave Iran - and Ali. But the two men kept their relationship alive through letters, phone calls, and emails. In May 2012, documentary filmmaker and human rights advocate Malachi Leopold followed Alex to Istanbul, where Alex and Ali reunited for the first time in 35 years, hoping to rekindle their relationship. The film follows the men as their best-laid plans are turned upside down, revealing emotionally painful twists and turns that transform their lives forever. 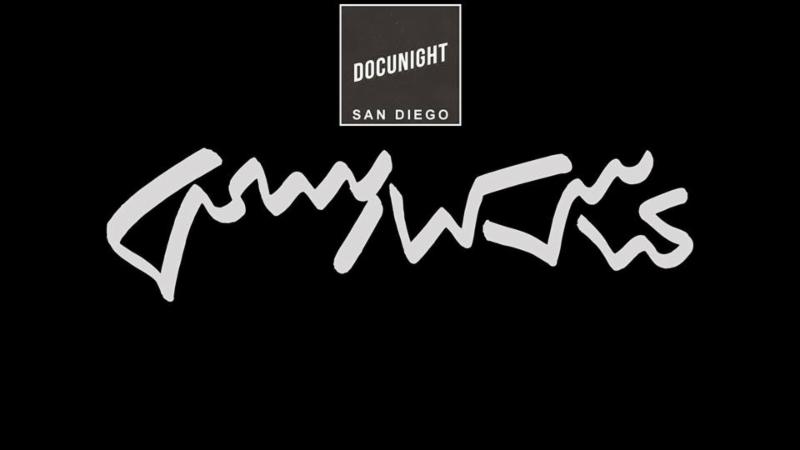 Docunight with collaboration of Persian Cultural Center present:Wednesday August 3rd, 2016 at 7:00 pm The Art of Living Directed by: Pat Collins & Fergus Daly 2003 / 52 mins English & Persian with English Subtitles Pat Collins' and Fergus Daly's documentary is a unique film essay on the world-renowned Iranian filmmaker Abbas Kiarostami. The film is framed around two interviews with Kiarostami, one on the Aran Islands and the other at the Cannes Film Festival in 2002. Intercut with these are interpretations of his work by those at the forefront of film criticism in the world today: Alain Bergala, Godfrey Cheshire, Michel Ciment, Adrian Martin and Jonathan Rosenbaum and colleagues such as Marin Karmitz, Jamsheed Akrami and Mohammad Attebai. Roads of Kiarostami by Abbas Kiarostami 2005 / 32 mins Persian with English Subtitles Looking to his own art for inspiration, Abbas Kiarostami reflects on the power of landscape, which combines views of the Iranian auteur's austere black-and-white photographs with poetic observations, engaging music and a politically provocative finale. Iranian- American Center 6790 Top Gun St. #7, San Diego, CA 92121 Info:858-552-9355 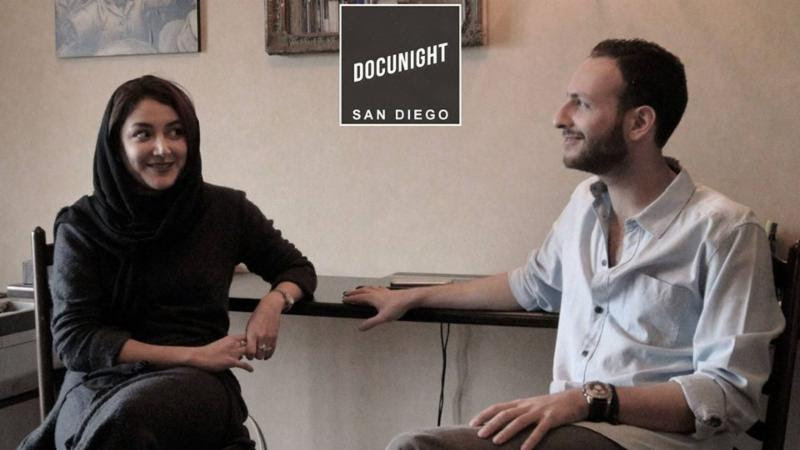 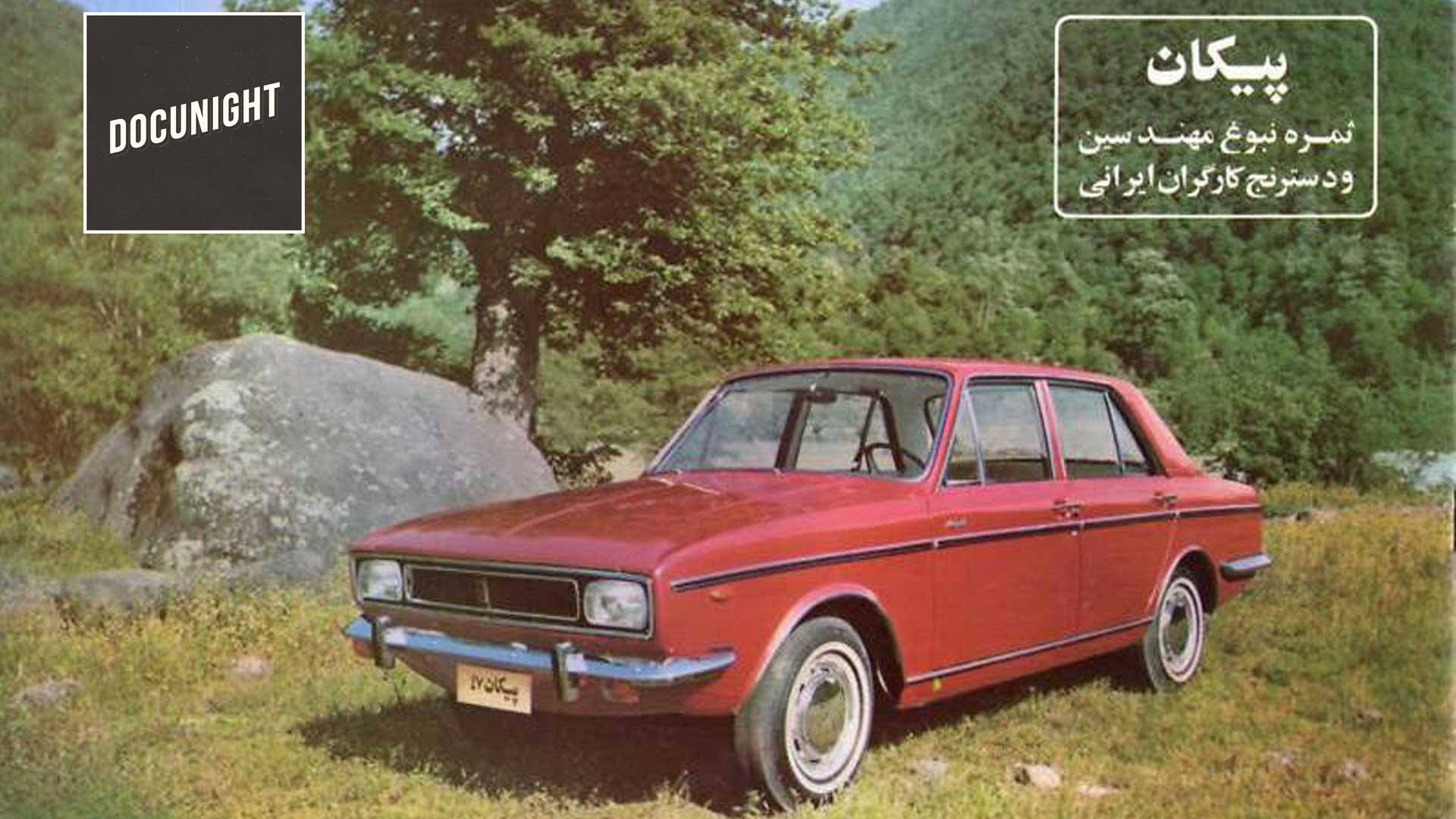 IRAN’S ARROW The Rise and Fall of Paykan Directed by: Shahin Armin, Sohrab Daryabandari 2016 / 78 min Persian with English subtitles On the spring of 1967, when the first Paykan rolled off the assembly line on an outskirt of Tehran, no one thought this car would be produced for 38 years, or that it could have such an impact on a whole nation. Iran’s Arrow features numerous talking heads who share a common interest for the country’s emblematic car, ranging from historical to sociological analyses, from technical to artistic expertise and from sheer passion to a complicated love-hate relationship. The film uses rare archival footage, as well as a large collection of vintage photos and imagery, to document thehistory of Paykan, the way it’s been perceived throughout the years, and its links with Iran’s major historical and sociological landmarks, such as the White Revolution (1963), the industrialization, the rise of the middle class, the Islamic Revolution (1979), the Iran-Iraq War (1980-1988), and social economic mutations of the post-war era. Older Paykan owners – including official and unofficial taxi drivers- testify of the fundamental role it played and still plays in their everyday life, as a means of transport, a source of income, and sometimes an achievement in itself. A number of Paykan enthusiasts, most of them from the younger generation, are being interviewed about their very special relationship with the car they grew up with. The film also documents the decline of the Paykan, while showing how it is still very much alive in the culture and memory of the country. Interviews are also conducted with artists who use Paykan as a medium or the subject of their art. Shahin Armin is an automotive design-engineer and a lifelong Paykan expert. Born in Tehran and a car enthusiast before he could even talk or walk, he moved to the US in his twenties and worked in the US car industry for 13 years (Chrysler, Michigan and Honda America, Ohio). Although he worked on the design of modern and sophisticated cars, he could never get the Paykan out of his head. In 2009 he started thePaykanHunter.com blog, thus initiating an extensive research about Iran's emblematic car. Upon returning to Tehran in 2012, he co-curated two Paykan themed art exhibitions exhibiting work from prominent Iranian artists. Iran's Arrow is a result of his many years of extensive research into the history of this car, his experiences interacting with his fellow Paykan enthusiasts, and his comprehensive understanding of the car’s impact on Iranian society. Sohrab Daryabandari is a Tehran based professional photographer and filmmaker whose 25 year-long career has been stretching between almost all areas of expertise in analog and digital photography. His work has ranged from journalistic, commercial, and artistic to architectural and industrial photography, which later lead him to editing as well as [...]

Docunight with collaboration of Persian Cultural Center present: 20th Circuit Suspects Directed by Hesam Eslami 2017 / 90 mins Six years in the life of an adolescent crime gang that breaks into cars in the streets of Tehran. Wednesday June 6th, 2018 at 7:00 PM in IAC Tickets: $10 early bird, $15 at door Buy tickets: pccsd.eventbrite.com 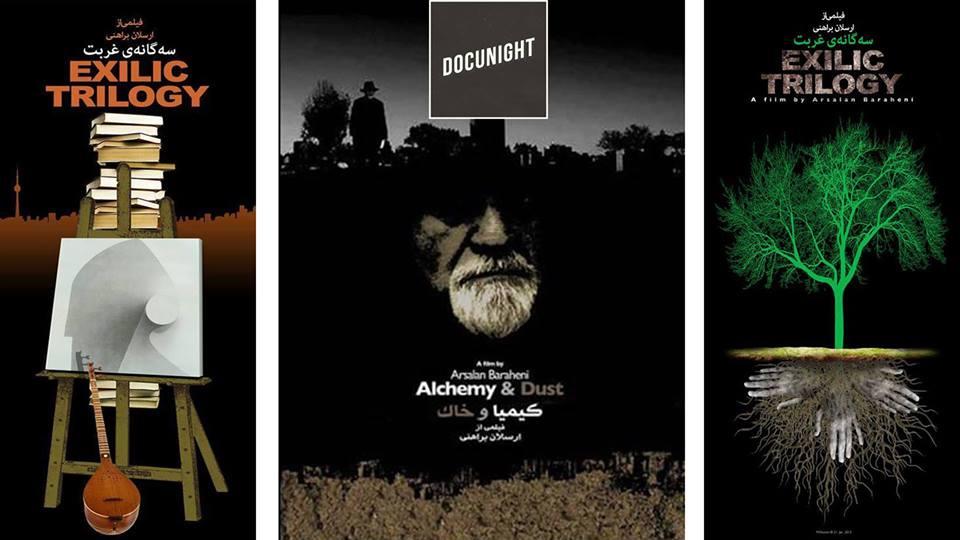 Docunight with collaboration of Persian Cultural Center present: Exilic Trilogy (Directed by: Arsalan Baraheni) 2015 / 74 minutes, Persian with English subtitles Wednesday July 11th, 2018 at 7:00 PM in IAC Tickets: $10 early bird, $15 at door Buy tickets: https://www.eventbrite.com/e/docunight-47-san-diego-exilic-trilogy-tickets-47315329424 Exilic Trilogy consists of three arthouse docudrama films from Arsalan Baraheni, the exiled Iranian-Canadian filmmaker based in Toronto. The films present a well known musician (Soleyman Vaseghi, a.k.a. Soli), a painter (Gholamhossein Nami) and a poet (Reza Baraheni). The films are biographical, poetic and musical, colliding with social, political and philosophical manifestations. The first film is called "Light and Sound", starring Soleyman Vaseghi, a well known Iranian musician who was forced to leave Iran after the 1979 revolution when music got banned by the regime. The film is about the light within the mind of the artist and the sound which he produces through his music in exile. The second film is called "Frame & Wall", starring Master Gholamhossein Nami who is known as one of the most important Iranian painters and visual artists. He simply had no political reasons to leave Iran but left for social purposes and ended up in Canada. The film is a visual art poetry which deals with the frames and the walls of this outstanding Iranian painter. The third film is called "Alchemy & Dust", starring Reza Baraheni, known as one of the greatest Iranian poets. He was forced to leave Iran about 20 years ago when he was blacklisted after signing a letter regarding the removal of censorship in Iran. This poetic docudrama is shot by Baraheni's son, who suffered exile with him. The film is about the colliding of a poet and a filmmaker, a father and a son, the poetry and the camera. 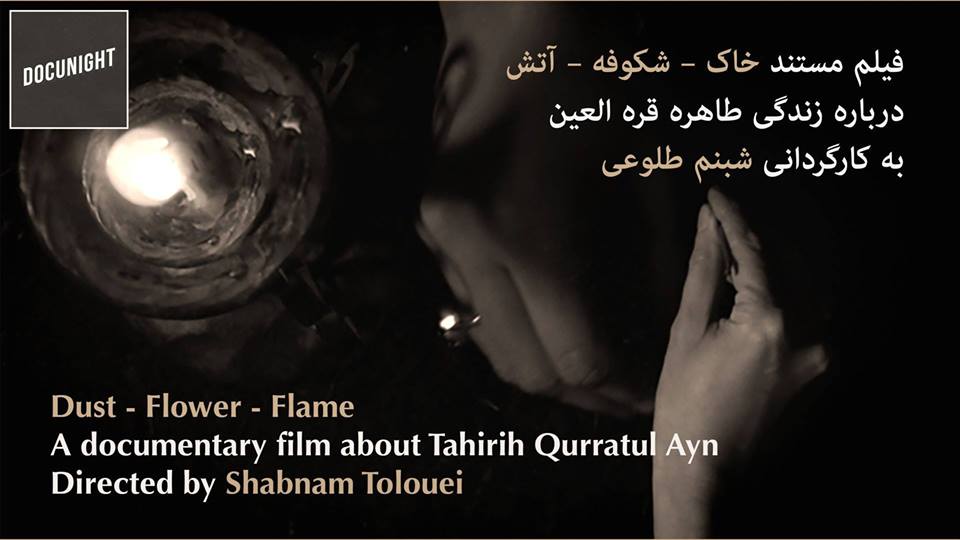 Docunight with collaboration of Persian Cultural Center present: Wednesday August 1st, 2018 at 7:00 PM in IAC Dust-Flower-Flame (Directed by: Shabnam Tolouei) Tickets: $10 early bird, $15 at door Buy tickets: pccsd.eventbrite.com Dust-Flower-Flame Directed by: Shabnam Tolouei 2015 / 67 min Persian with English subtitle Dust-Flower-Flame, ​is a documentary film by Shabnam Tolouei, about the life of Tahirih Qurratu’l-Ayn, a woman of letters, the effect of whose presence on women’s equality movement in the 19th century during the reign of Qajar has continued up until today. After the Islamic Revolution of 1979 in Iran, it is forbidden to write or talk about Qurratu’l-Ayn. Even her name, or pages and chapters about her, have been removed in later editions of historical or literary books published in Iran. Instead, many sponsored books have been published, in numerous copies, to tarnish her character as an apostate and even a prostitute. 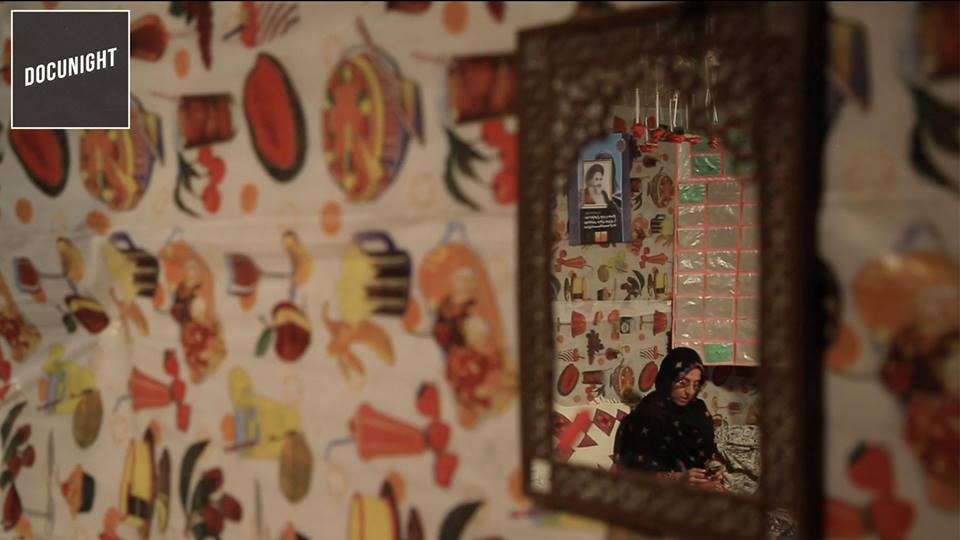 Docunight with collaboration of Persian Cultural Center present: 1. Weavers of Imagination Directed by: Sadegh Jafari (2017 / 21 min, Persian with English Subtitles) Winner of Special Narrative Award, ARC festival in Germany, The Grand Prix at the 4th International Documentary Film Festival and Transmedia (RIOS) in Portugal, The Best Documentary film at the Lifft India Awards in India, and The Best Foreign Language Documentary Film Award in 2017 Cardiff International Film Festival in Wales. 'Weavers of Imagination' recounts the life of a number of visually-impaired people who weave rugs together and how the simple fact of working together fills them with a great sense of happiness. 2. The Season of Warm Breezes Directed by: Hossein Rigi (2017 / 43 min, Persian with English Subtitles) Winner of The Jean-Loup Passek Award for best short or medium international film of the Filmes do Homem - Melgaço International Documentary Film Festival in Portugal. 'The Season of Warm Breezes' follows a teacher in Iran's Sistan and Baluchestan Province who tries to eradicate illiteracy among female residents. She, who had been unlettered till the age of 12, sticks to her roadmap to educate girls and women. Tickets: $10 early bird, $15 at door Buy tickets: pccsd.eventbrite.com 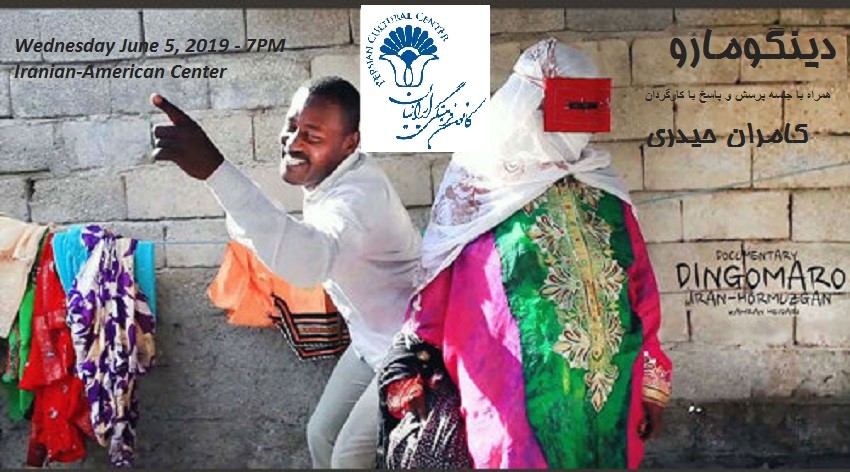 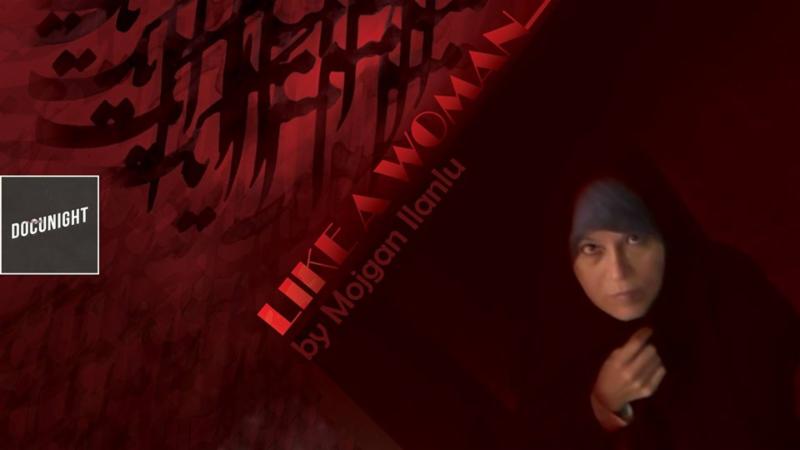 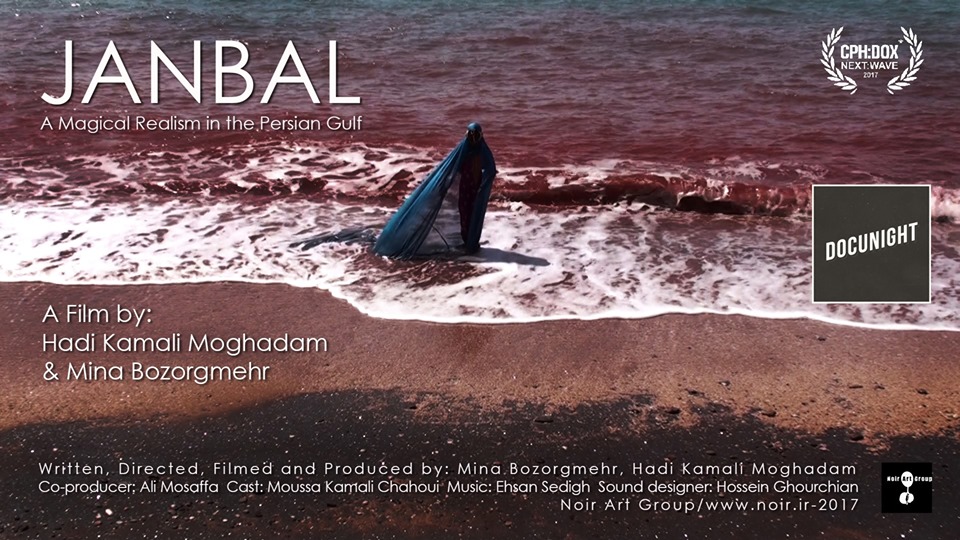 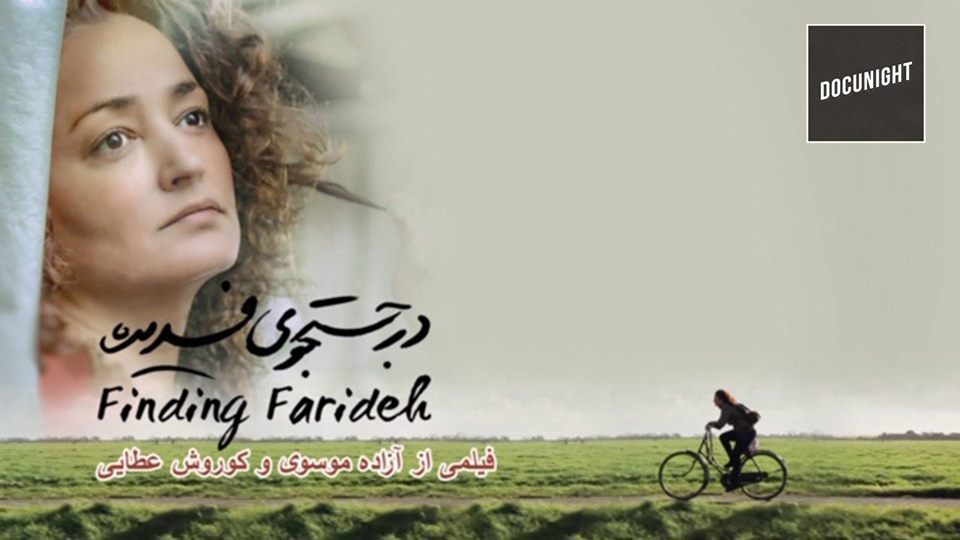 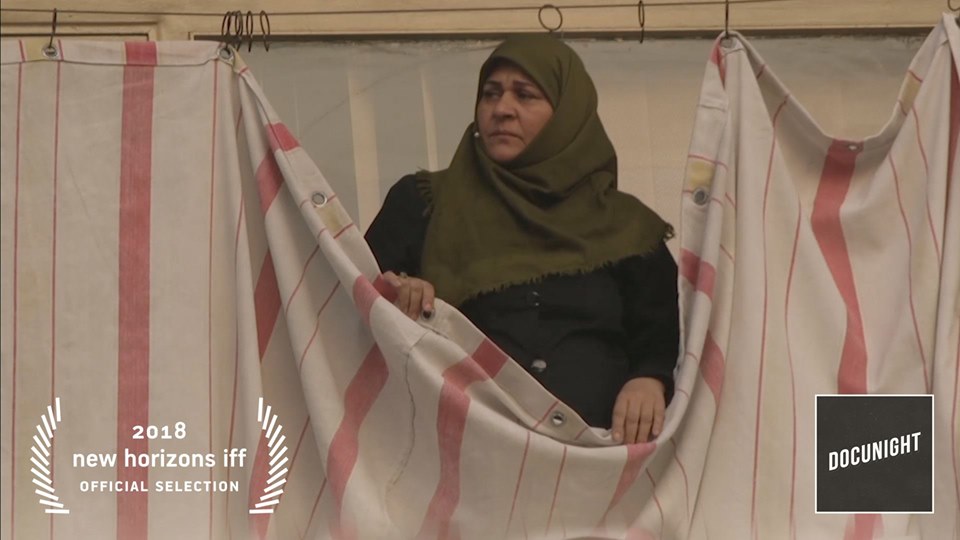 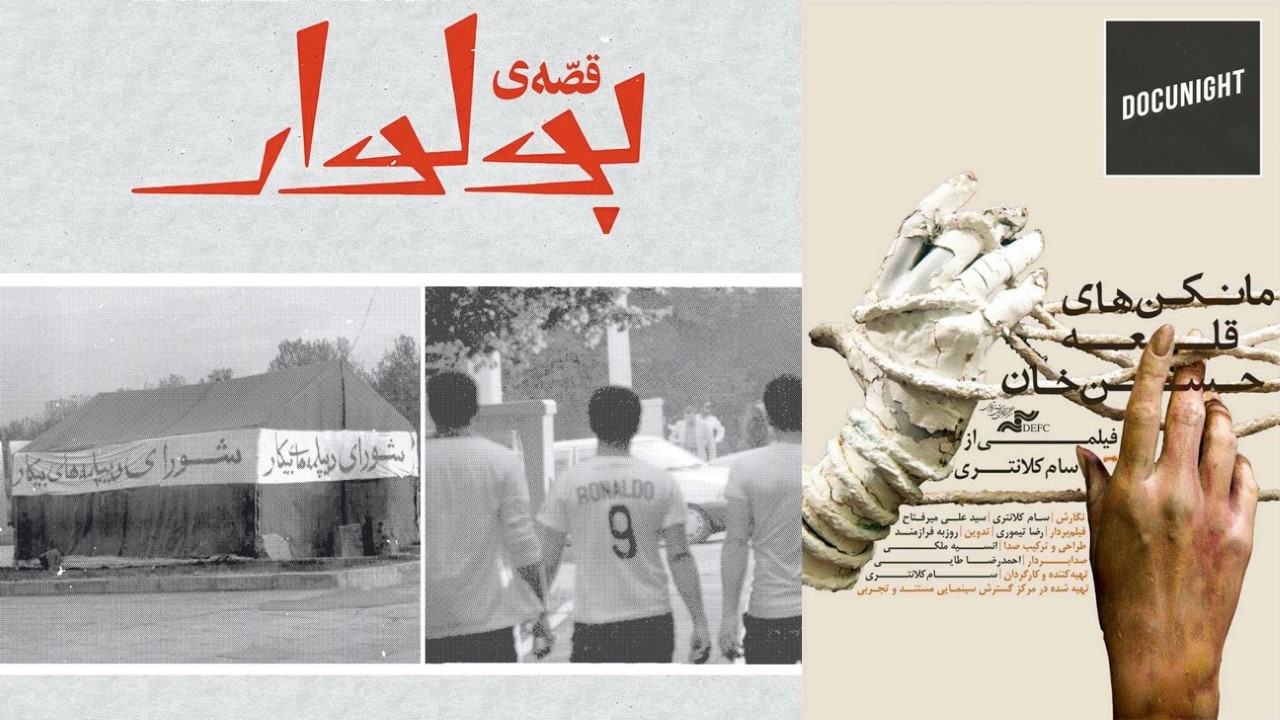